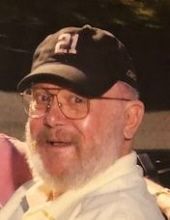 His parents, George (Jr.) and Mildred, migrated from Nebraska to California to escape the Dust Bowl and seek opportunities in the new aerospace industry. George grew up in California.

Leaving home at 16, George served a four-year enlistment in the US Air Force where his travels took him to Pakistan and Taiwan. Upon leaving the Air Force he put himself through Long Beach State College, earning a bachelor's degree in Mathematics. During this time he met and married his beautiful wife Kathleen.

George spent 17 years as a systems engineer and program manager for IBM, working the Cutty Sark and Pave Paws programs. He also worked for CTA, where he was instrumental in development and deployment of the FBI’s IAFIS fingerprint identification system, and of the FEMA mobile command center vehicles.

George was a voracious learner and was most happy when he was really getting to understand “something new”. Books and crosswords were a daily constant in his life.

George really had three passions in his life, his family, Morgan cars, and bridge. Always competitive he was the SCCA California State Slalom Champion in the D Stock Class. He last competed at the bridge table as an ACBL Gold Life Master.

He is survived by his wife of 60 years, Kathleen, his two children, Geoff and Greg, and five grandchildren, Garrett, Max, Georgia, Carolina, and Virginia.

No service is scheduled.

The family requests that any memorial gifts be sent to the Special Forces Foundation.